Director Ava DuVernay’s modern retelling of the 1962 classroom classic A Wrinkle In Time by Madeliene L’Engle is self-empowering, charming, and magical. The film is an adventure full of imagination about a girl who travels through time and space to save her father. With stellar acting and beautiful costumes, this is a film that will capture the hearts of children, but may be a little too far fetched for the adults.

Meg Mury, played by Storm Reid, is an angsty teenager who is dealing with both being bullied in school and the disappearance of her father. Her adopted little brother Charles Wallace, played by Deric McCabe, is a child genius with a few secrets up his sleeves. When Charles Wallace introduces his eccentric friend, Mrs. Whatsit (Reese Witherspoon) to Meg, she discovers that their father may actually be alive. With the help of Mrs. Whatsit, Mrs. Who (Mindy Kaling), and Mrs. Which (Oprah Winfrey), a trio of universal light beings who have taken on human form, and friend from school, Calvin (Levi Miller), Meg and Charles Wallace step through the folds of time and space on a mission to save their father. 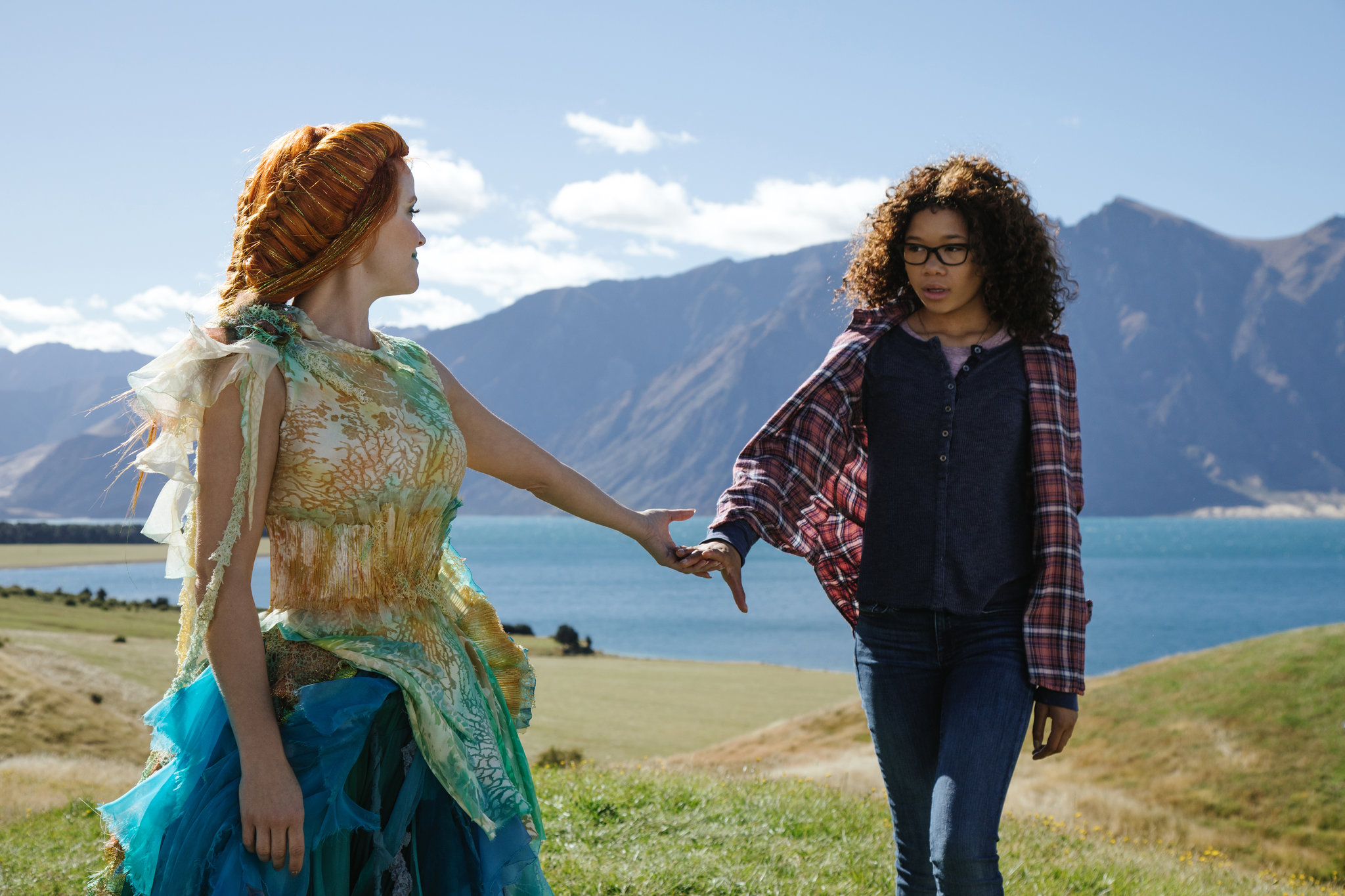 The film may have been excessively over hyped due to the high-profile actors DuVernay cast to play the light beings. Witherspoon plays the puppy of the group, Mrs. Whatsit, who is only 2 billion years old, energetic and with no filter, she is not afraid to point out her lack of courage in Meg’s abilities. Kaling, as Mrs. Who, is more patient and full of inspirational quotes from Earth’s greatest thinkers. “Tomorrow there’ll be more of us–  Miranda, American,” she says quoting Lin-Manuel Miranda’s Hamilton. And Winfrey, as Mrs. Which, is the wisest of them all. The casting for the fairy-godmother-like beings was perfect as all three actresses embody their goddess-like characters.

Reid may be the new up and coming young actress as she absolutely killed it in the film. Reid brings Meg to life- both the good and the bad. She manifests Meg’s quirky traits, as well as her fears, doubts, and unconditional love for her family. Nine-year-old McCabe plays 6-year-old Charles Wallace. Charles Wallace is adorable, cute, and cocky all in one tiny body. However, in many scenes, it seems as though DuVernay is relying too much on McCabe’s cocky cuteness to overlap the fact that the film lacked full world building or a well-rounded villain. The children’s father, Dr. Alex Mury, was played by Chris Pine. Pine and Reid together on screen make the audience really feel the heartbreaking complication of unconditional family love. 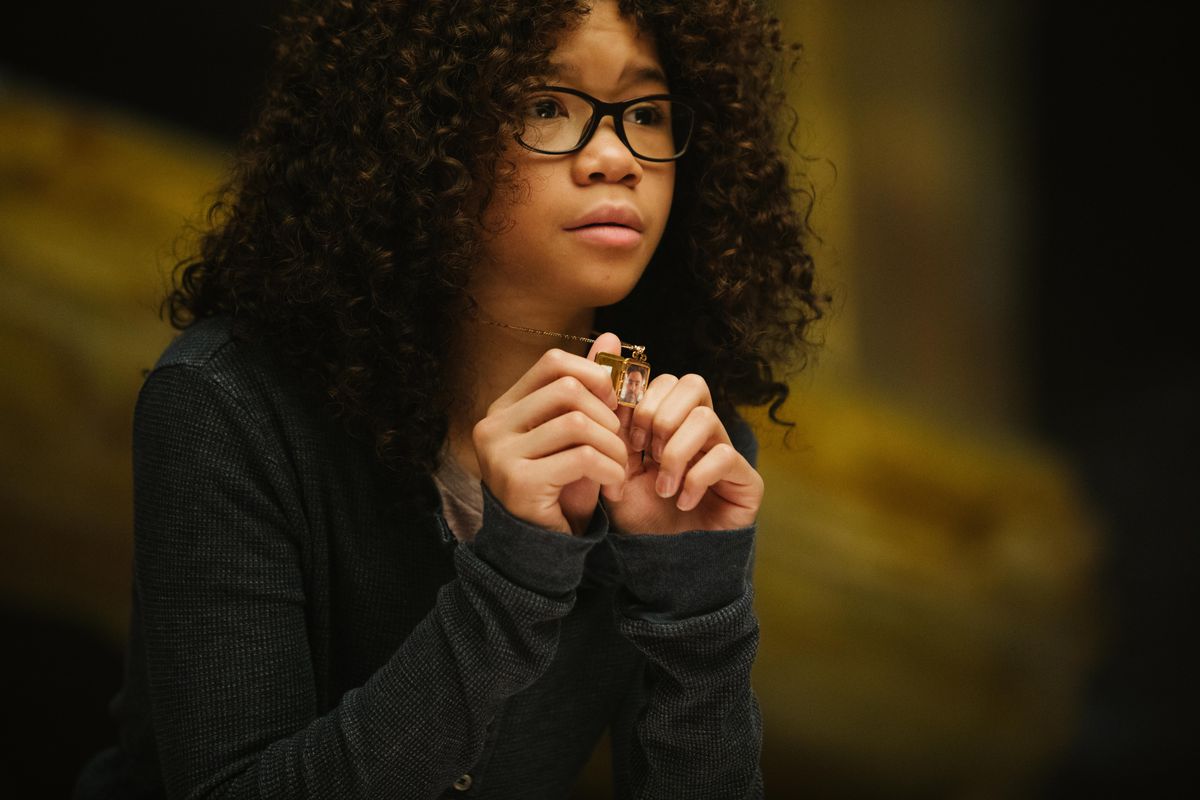 The first main special effect is when Meg and Charles Wallace travel through time and space, or, as they call it, tesser. In the Murry’s backyard, the world seems to fold in wrinkles all around them. Though the effect seems a little simple, it is true to the film’s title and works for the moment. The first world they visit is Uriel. It is a beautiful, imaginative, mountainous world filled with color and sentient flowers. Here we discover more of the light being’s powers when Mrs. Whatsit transforms into… a large flying cabbage? While the vibrancy of her greenness is beautiful and matches the colorful abundance of Uriel, the figure that Mrs. Whatsit’s transforms into is less whimsical and more confusing. Despite the flying cabbage moment, Mrs. Whatsit quickly transforms back into her human form complete with eccentric costuming and makeup designs to match Mrs. Which and Mrs. Who.

“With stellar acting and beautiful costumes, this is a film that will capture the hearts of children, but may be a little too far fetched for the adults.”

While the first world was inspiring and exciting, the rest of the planets the Mury’s visit turn out to be underwhelming. When the group goes to see a seer called The Happy Medium (Zach Galifianakis) they go to a place that lacks in color as much as Uriel expressed it. They find the seer in a dark cave filled with what looks like lava lego logs and is somehow reminiscent of something from 2005’s The Adventures of SharkBoy and LavaGirl. All of the worlds they visit seem to be reminiscent of another film made in the early 2000s, whether its Sharkboy and Lavagirl, Star Wars, or Spy Kids. The final world, Camerzotz, had the most build up, but is the most lackluster. While described as a planet with “many faces”, the planet seemed to run out of ideas for new faces after the first two, leaving the final act to take place in a blank, white room, and a boring cubic space leaving the audience disenchanted and wondering where the film’s $100 million budget went to. 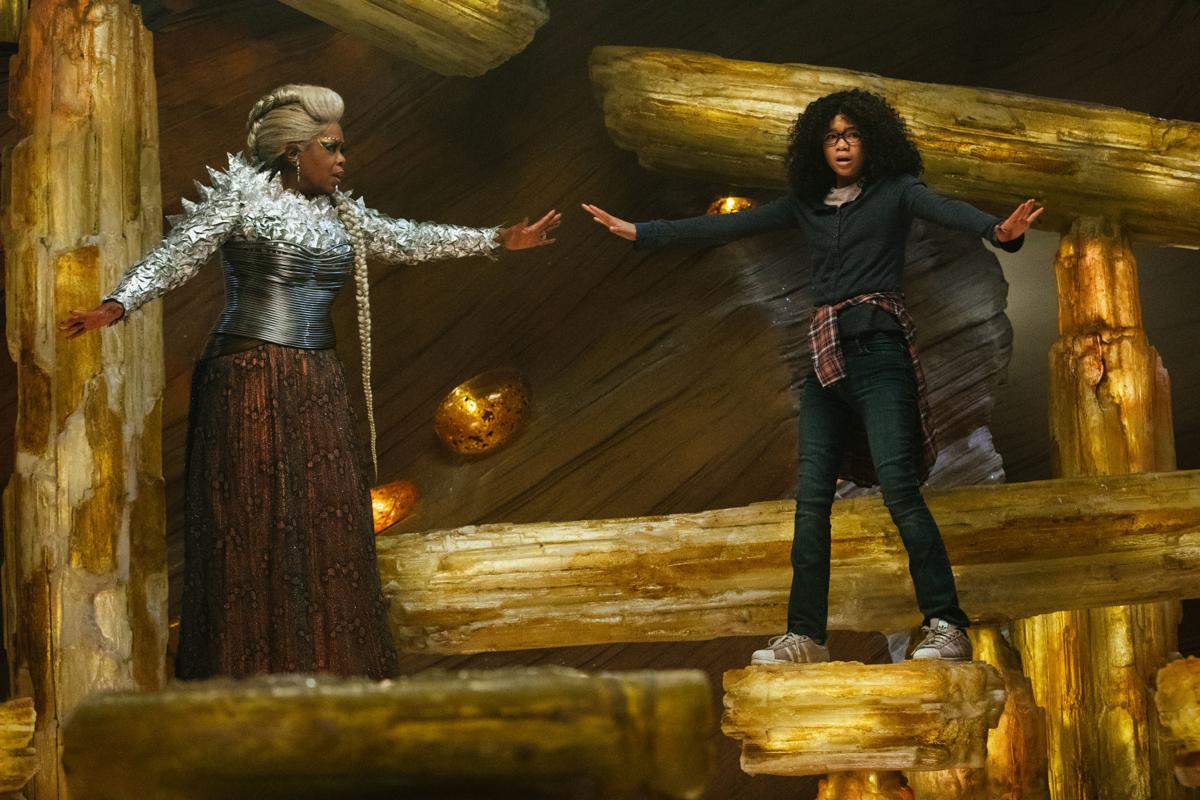 Despite the decline of imaginative world designs as the film progressed, A Wrinkle in Time is a great film for the eyes of the intended demographic of 10 year old girls. It follows the standard Disney formula for a warm-hearted, happily ending story about being true to one’s self and believing in love. It is even an enjoyable film for adults, as long as one is not too critical or cynical, and is willing to expand their suspension of disbelief and broaden their imaginations.